As we sat in the movie, just us, no kids, my wife’s cellphone began to vibrate. I continued to watch the movie.

My wife, who had left the theater to take the call, quickly came down the aisle and motioned for me to leave. I flew out the theater doors, still clutching my over-sized popcorn.

“Samantha is in the hospital. We need to get to Hartford now!”

As we left the theater, still holding the popcorn, my wife explained that my 17-year old daughter who was at an outdoor concert, had fainted from dehydration and they had taken her to an area hospital.

As we sped like parents whose hearts and minds were on fire, we ran through every scenario in our heads. Could she be drunk? Did she get high? And of course, who did this to her? The blame blasted through the car with the maxed-out air conditioning.

Arriving at the hospital, we found my daughter hooked up to an IV that was giving her electrolytes. Tender, loving and empathetic at first, we then launched into her at rapid-fire speed. The fear about her well-being had turned into fast and furious fear about her situation.

She pleaded her case. “I didn’t do anything. It’s 90 degrees and my friend was smoking a cigarette. I was just about to get something to eat and I just blacked out. That’s all. They took me here just to make sure I was fine.”

Just then, the nurse, who looked as if she was about to call the psych ward on the two of us, turned to a multi-tattooed and pierced concertgoer in the next bed.

“You may need an x-ray. Is there any chance you may be pregnant?”

My daughter’s eyes rolled back in her head. Not because she was about to faint again but because she knew what was coming. Her two liberally minded, usually cool parents who were open to everyone and everything were about to go all parochial, bat-shit on her. I began the assault with no regard for people, place or propriety.

“Are you frigging kidding me? This is what you’re laying next to? I came from nothing to give you a great life. She doesn’t know if she’s pregnant? Would she even know who the father is?”

If my daughter could have, she would have grabbed her IV pole and run far from us…two petrified lunatics on the verge of losing their minds, and their movie popcorn. The heat was probably way more tolerable back at the concert.

Three hours later, as we made our way home, and my daughter slept in the back seat, my wife and I realized we had turned to the dark side… toward a girl who was nothing but sweetness and light. A child who neither smoke nor drank. Who was the easiest child to raise. Who brought us nothing but good even on this scarily bad day.

And who was so much better than we ever were at her age.

And it didn’t end in high school. College and post-college NYC living opened doors to wider use and wilder times. Clubs into the wee hours. Two-for-one boozing, at least for me, every night after work… and sometimes during lunch. Sex, drugs and rock-and-roll, yuppie style. Premarital, unprotected sex in the dawn before the AIDS crisis. When a pill could protect you… and stimulate you… and put you to bed.

Were we hypocrites? We lambasted her for passing out at a concert and wanted full disclosure but never offered up anything about our own sorted journeys. Were we all about the truth but punted and feigned ignorance when it came to our own Quaalude-checkered paths?

When I was eight, we had a summer bungalow right on the road to Woodstock. And that summer, we watched the hundreds of thousands go past our house. Some stopped in for water or to use the bathroom. Some stopped to hand my mother a joint.

I didn’t know what they were handing her. But looking back at it now, I know that’s what was in her hands. Maybe more than a joint. She was just 30 years old with three kids ranging from 11 to 5. Why wouldn’t she want to get high or even run off with those folks to frolic in the fields?

I was told it was incense. But sitting two years later in my elementary auditorium, as a policeman lit a joint to let us know what marijuana smelled like so we could become mini-detectives, the light of the match awoke my senses. It was the scent from my mother’s bedroom. My mother smoked marijuana and… I may have to turn her in. The truth clouded my mind, and left me utterly exposed.

Friends of mine who now preach from the Rush Limbaugh playbook did everything and anyone under the sun, and well into the night. They made Lindsey Lohan look like Mother Teresa. Unwanted pregnancies and parent-expensed exiles to detox are long forgotten or talked about. So much better to extol virtue and throw veracity to the wind than admit you’re no virgin and haven’t been one since your sweet sixteen party.

Did suburban home ownership mean burying the past under the hedge rows of hypocrisy? Someone I know from my teenage years who lives in my town became angry at me because I mentioned our days of partying in high school. What would the paradigms of PTA correctness think about her? I didn’t realize I lived in a 21st century Peyton Place. I didn’t realize pot smoking was the smoking gun that obliterated social acceptance.

So I need to come clean… and not just because I am a clean-shaven, clean living dutiful dad. I need to open my vault of vices if I am to have a truly open relationship with my daughters. Not everything will be put on the table but I will lay myself bare. With Halloween coming up, I am taking out the skeletons and clearing the cobwebs of conformity. I am digging up the bones and explaining why and when I smoked them.

Because when it comes to treating your kids with respect, isn’t honesty the trick to being a great parent?

Follow Burb Man: Tales, Tasks and To Do Lists from the Trenches of Suburbia on WordPress.com

Your Teen Magazine for Parents 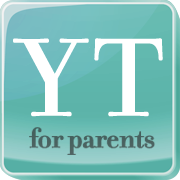 Where Westport meets the world

A daily selection of the best content published on WordPress, collected for you by humans who love to read.

based on the syndicated humor column by Tracy Beckerman